It may be surprising to hear, but people in Korea love dogs and there are a whole string of cafés dedicated to them. And yes, while 개장국 (dog soup, made of dog) is a Korean dish, you definitely don’t get it at a dog café. 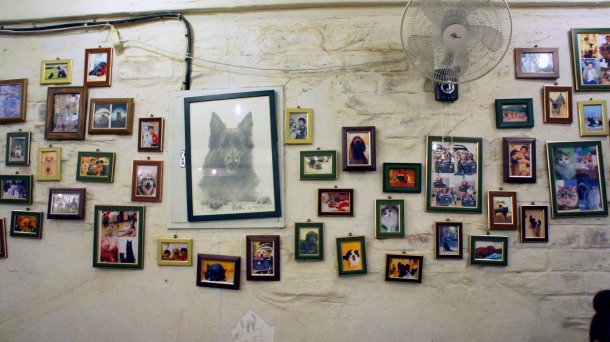 Bau House is one of many popular cafés where you get to have a nice hot latte along side man’s bff. I know this doesn’t sound sanitary, and it really isn’t, but if you love dogs as much as I do you won’t mind a bit of fur in your coffee (just kidding… kind of). 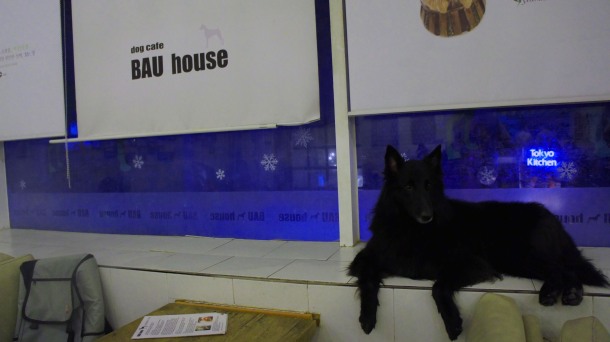 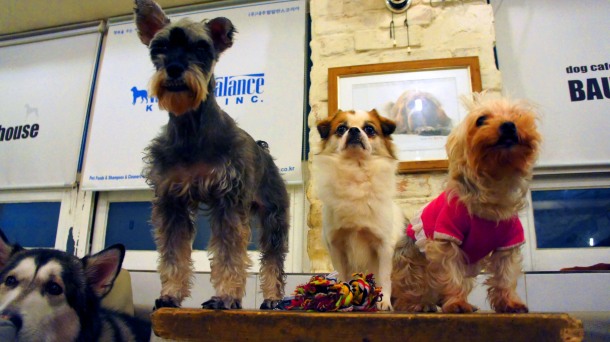 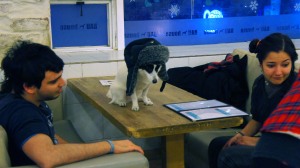 So, let me break down the experience for you. Dog cafés are your basic sit in cafés that serve coffee, teas, snacks, etc. only they’re a bit over priced and only average in taste. Why you ask? Well, because people don’t go for the drinks, but rather for a little quality time with the various types of dogs that reside there. Not only can you play with them, but they also sell snacks you can feed them. On top of that, many people bring in their own dogs for a little social interaction time. It really is quite a scene to see dogs on tables and chairs, playing and chasing each other and sleeping in guests laps. 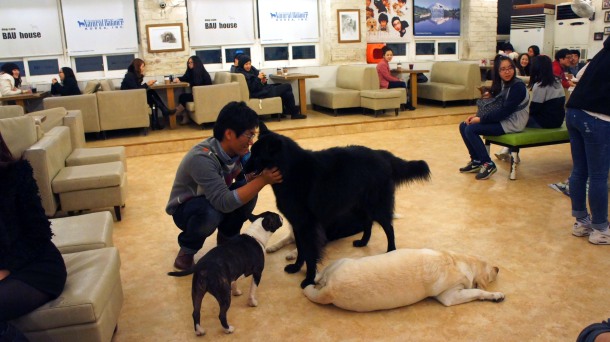 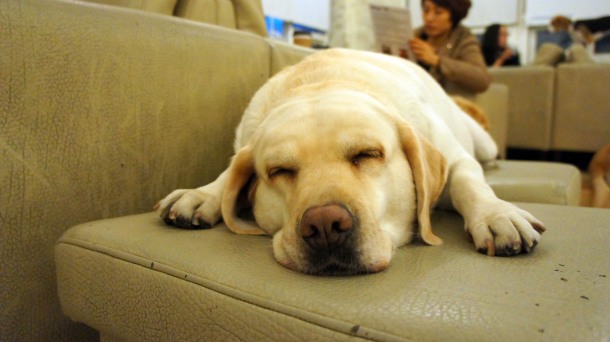 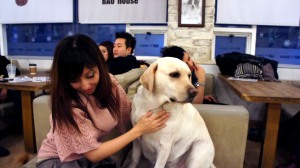 As far as cleanliness is concerned, this particular location in 홍대 (Hongdae) was really on its game. They were very well staffed and any “mess” made was immediately cleaned. Sure, there was the light aroma of dog in the air but that is to be expected. They also have lint-rollers for guests to use when they are done. The dogs are all really friendly, but be warned that the majority of them are big, some were very big… like eat my puppy for a snack big. 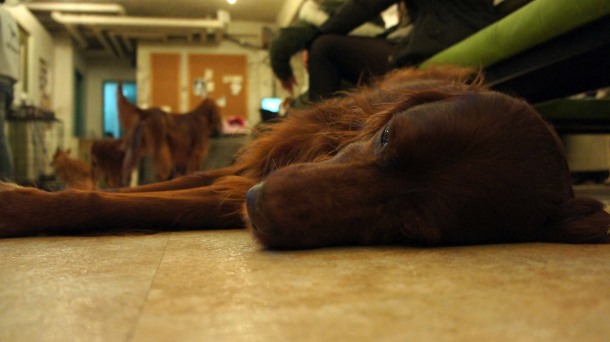 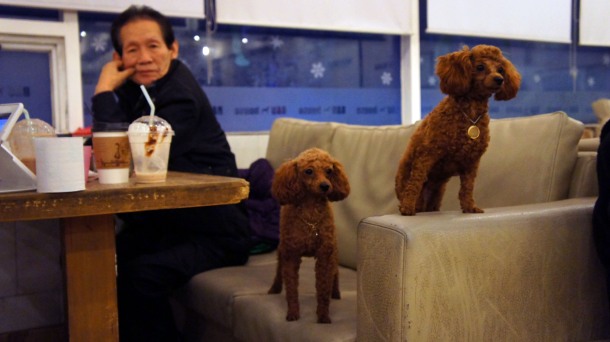 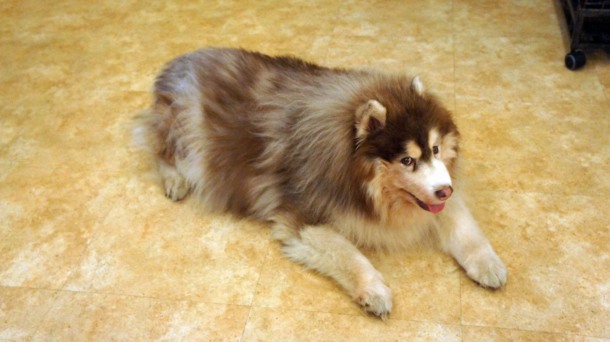 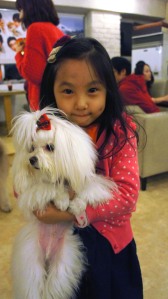 I took my puppy there for a play date recently. He’s very small for his age, so he was a bit overwhelmed by the enormous dogs stalking around. He also doesn’t appreciate noses in his butt, so he was often sitting with his back against the wall. In addition, he is very cute, so he was often targeted by children and carried around like a doll, leaving me on the verge of heart attack every couple of minutes. Aside from that it was a good experience for him (I think).

I have been to other dog cafés, but so far this is the best one. On a side note, there isn’t a whole lot of seating, so you should expect to have to wait for a table, especially if you go on the weekend. But if you’re looking for something unique to do, this is definitely the place to be. So next time you’re in 홍대 (Hongdae) and need some shelter from this blistering winter cold, drop by Bau House for a hot cup of coffee and cuddle up next to a furry friend. 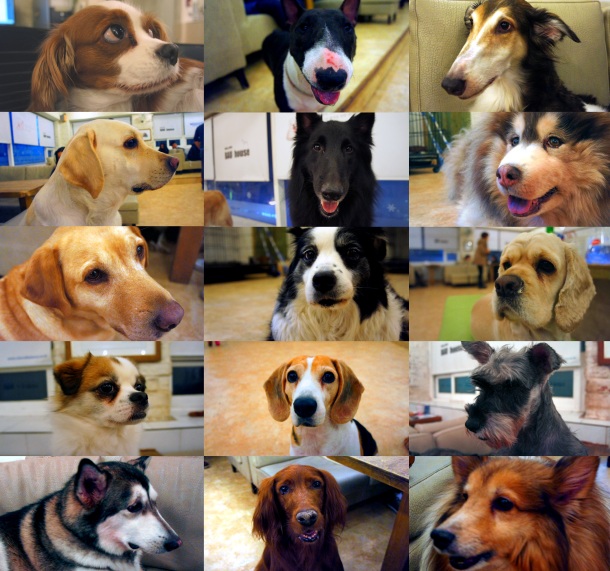 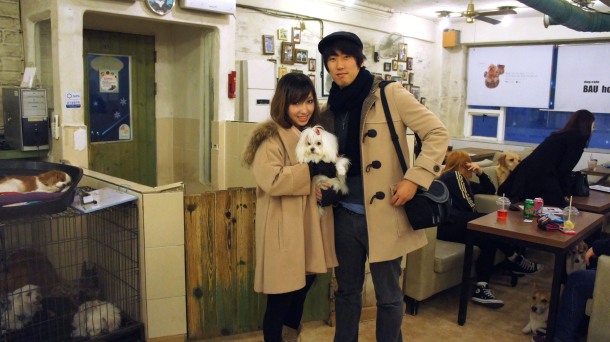 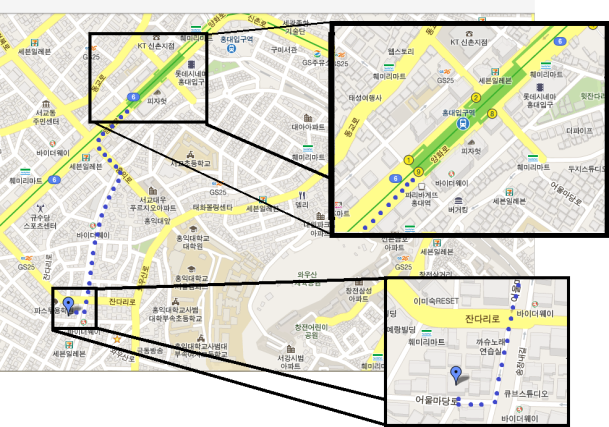 Head to Hongdae Station (Line #2). Take Exit #9 and walk straight until you reach the first light. Cross the street and turn left. Walk straight up the hill and turn right after TONY MOLY.  Follow the large alley way until you reach another light. Cross the street and the Bau House should be located in one of the first alleys to your right. (405-13 Seogyo-dong, Mapo-gu, Seoul South Korea)

Bau House has moved to a new location. Check it out HERE!

5 thoughts on “In the Dog House”