Fads are always coming and going in Korea: fashion fads, hair fads and even food fads! The newest snacking craze, churros, have caught the attention of the masses as of late. One might think that if you’ve tried one churro then you’ve tried them all, but that couldn’t be further from the truth. There are plenty of churro stands that appear to have popped up over night and I’ve tried quite a few of them. Hailing from California, however, every churro I eat is automatically compared to the ones at Disneyland (the Holy Grail of churros). So after a year of tireless eating, I found one that stood above the rest.

In early December of last year I  happened to come across a tiny little churro booth in 홍대 (Hongdae) called “Mr. Churro.” It had just opened that day and a young enthusiastic, first time business owner, David Hong, was there to greet us. He talked to my boyfriend and I in English and Korean as he made our churro. When it was finished, the result was surprising. The outside was perfectly crispy, but the inside was soft and fluffy! He has the ratio of churro to cinnamon and sugar down to an art. To top it off, it cost us a mere ₩2,000! 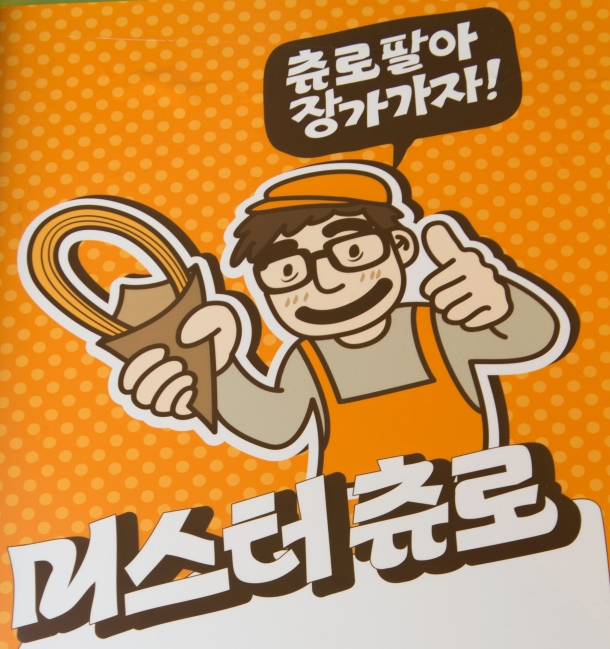 You would think there aren’t many ways to screw up a churro, but I’ve tasted enough to know that it can be done. I won’t bad mouth other places I’ve been to, but you can save yourself a lot of disappointment if you just go here. David told me that it took a long time to create the unique recipe he uses for the dough. He actually spent a lot of time researching it on Youtube and making dozens of test batches in his kitchen at home. He even sought out advise from various bakeries to find out different ways to make larger and more consistent batches. His biggest challenge was getting the level of sweetness just right. 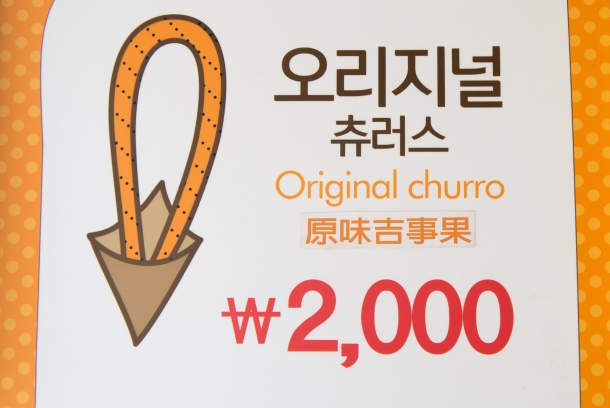 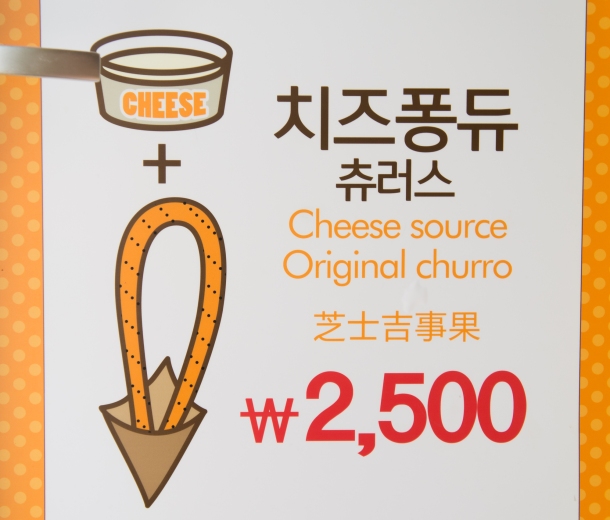 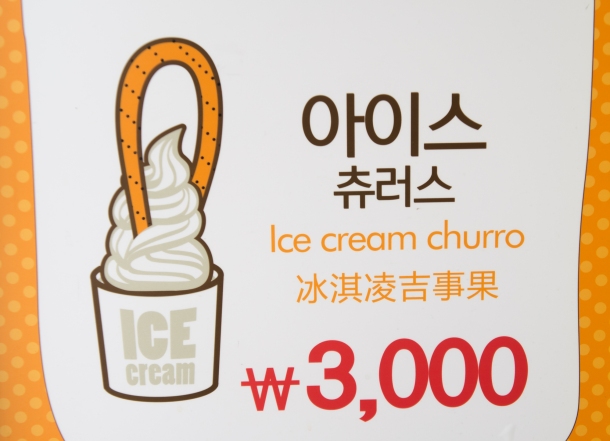 Over the following months, my boyfriend and I made several satisfying trips to Mr. Churro during which we got to know David a little better. From the get-go, his goal had always been to make enough money to marry his girlfriend. Using a bit of seed money and information he gleaned during his work in the import/export business, he saw an opportunity to earn some money making and selling churros. So I suppose you could say he makes churros in the name of love. 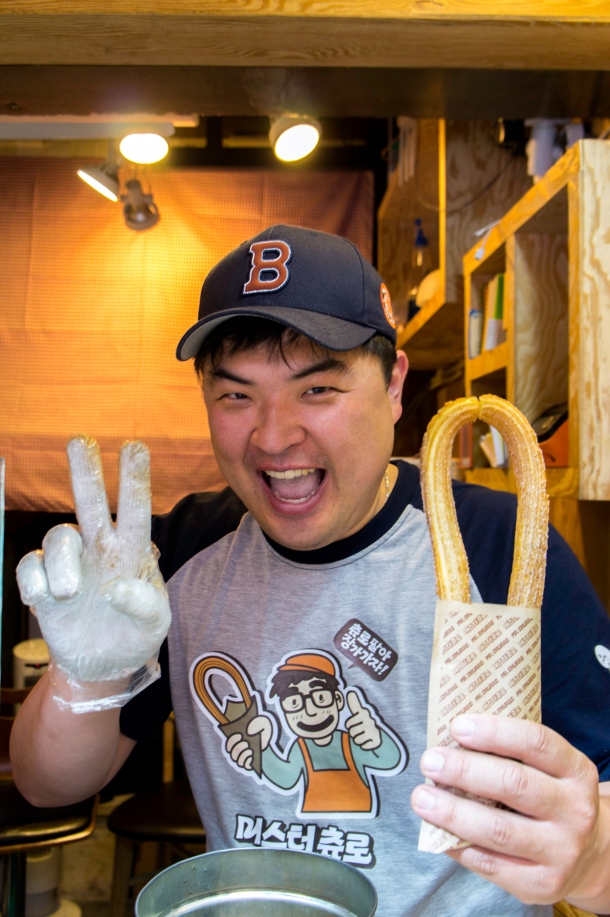 In the beginning, David wasn’t sure if this would work out. Little by little, however, I noticed small changes every time I dropped by. First, he added chocolate and cream cheese dipping sauces. Then, he created a new color scheme and logo using a cute chibi version of himself. Before long, he was hiring extra help, having custom t-shirts made and even added an ice cream machine for his new menu item “Ice Churros,” which by the way, is absolutely delicious especially as it starts to warm up.

A few weeks ago, my boyfriend and I had lunch with him and he told us that he would soon be opening a full fledged shop, which will also include coffee. In less than a year his business blew up into a huge success. In fact, he earned all the money for his wedding in only 3 months! What’s more impressive is that he was incredibly humble about everything and so thankful to all the customers who have enjoyed his food. Additionally, he and his girlfriend will finally be tying the knot this month! Together, he hopes that he and Mrs. Churro will spread churro love all over Asia. I think I speak for us all when I say we could all use a little more churro in our lives.

Another weekend, another awesome brunch date with my two favorite guys. Today's brunch is brought to you by the awesome folks over at @lostandfound_euljiro
Lately the hubby and I have really been into filling our home with beautiful plants and flowers. It's really brought a lot of life and color into our place. Even @glassofuyu likes to sniff them every now and then.
Heyri Art Village is one of those places built for artists by artists. This place is home to all sorts of musicians, photographers, architects and painters who essentially created a place where you can enjoy a wide array of museums, cafes, restaurants and shops.
Afternoon tea is my absolute favorite ritual! Just pour me some milk tea, serve me some fresh scones and I'm a happy girl.
The weather has definitely been warming up (as inconsistent as it may be). That means lots of cool tasty treats heading our way.
More and more places around Seoul are becoming pet friendly and we're loving it!
Seoul is chock full of roses right now in every color and variety! I don't think I've ever seen this many roses in full bloom all at once and it's glorious 😍
Every year various parts of Korea are splashed with colorful lanterns in honor of Buddha's birthday. 🎉
I've never been much of a bookworm mainly because it takes me foooorrreeeevvver to finish a single book. Lately, however, I've been finding it very therapeutic!