I can always count on the Seoul Arts Center to have some new and interesting exhibit to check out. Honestly, sometimes they have so many that I can’t even keep up with them. Finally, thanks to some much needed vacation time, I was able to head back there to check out their Steampunk exhibit, which is the first of its kind in Asia. It has been on display since March, but I’ve been so busy that I hadn’t had a chance to go until now… and I’m so glad I did. 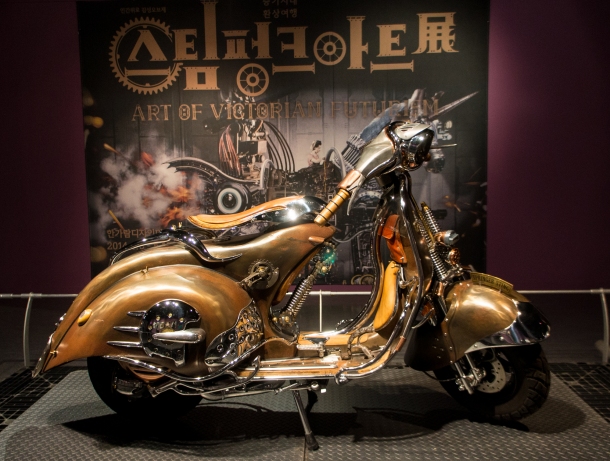 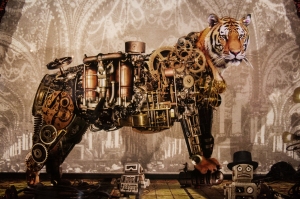 For those of you who are unfamiliar with steampunk, the term is derived from “steam,” which refers to the Industrial Era of steam powered technology and “punk,” as in the outsider  aspect of those who are not a part of the prosperous mainstream of technological society. It’s basically a sort of romantic fusion of the Victorian and Industrial eras. The steampunk genre first began with literature, but eventually grew to include fashion, film, art and just about any creative endeavor you can think of. In short, it’s pretty badass. 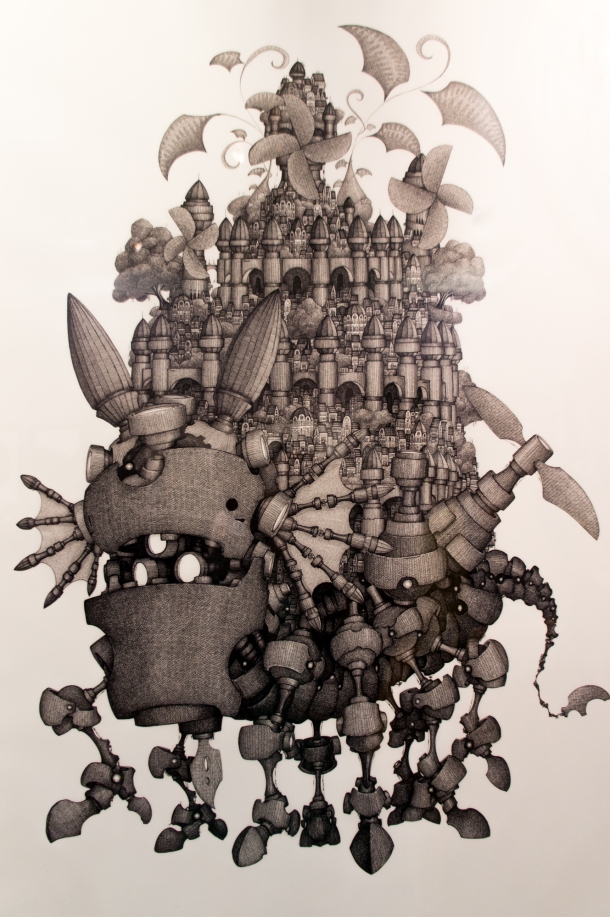 The exhibit features the works of 30 different artists from all over the world. There are sculptures, paintings, figurines, instillations, fixtures, jewelry and a bunch of other stuff that I don’t even know how to begin to classify. Let’s just say, there are a lot of things you have to see for yourself. 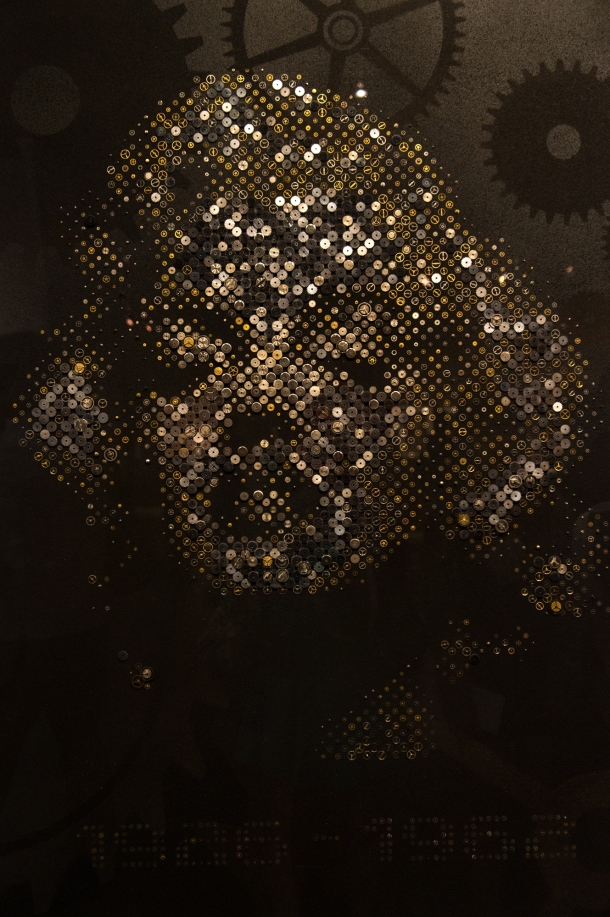 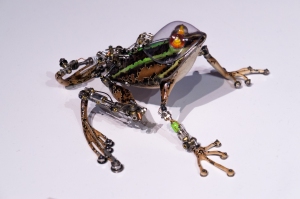 I was particularly smitten with the works of Japanese artist Yasuhito Udagawa. He mainly works on life form objects like animals and sculpts them out of paper-mache and wires. After lacquering them, he decorates the figures with metal and electric parts such as bolts and nuts. He refers to the evolutionary result of life forms to machines as “Mechanical Mutants.” It’s certainly not hard to see why. While his pieces appear to be common animals, they are bare some sort of mechanical influence or structure. Not only are they interesting, but absolutely beautiful in color, concept and design. He also made some robots that bring to mind some distant relative of Wall-E. They are so cute! 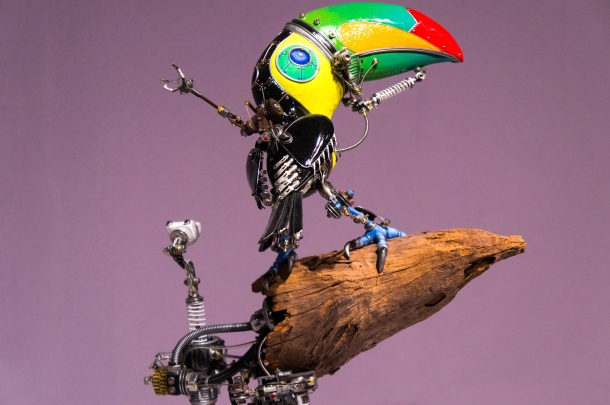 There were also two polymer figures submitted by an artist from Canada named Kimberly Hart. One was of a bunny entitled “Steambunneh – Mitre” and the other was an owl called “MechOwlie No. 54 – Rubis.” Although there were only two pieces, I admired them for quite some time; so much detail, so much creativity. I adore rabbits and my youngest sister really has a thing for owls so I guess I really had a soft spot for this unusual mechanical duo. In fact, I was so interested in her work that I looked her up and found  her website where she sells some of her sculptures. If you’re interested, you can check her out HERE.

I really enjoyed this exhibit. The creativity put into this particular genre truly has you walking the line between fiction and reality. Also, I really like the variety of art medium. It’s one thing to see a drawing of a mechanical glove, but it’s a whole other to see one that has actually been made. It really helps immerse you into this romantic world of past and future. If you’re interested, the exhibit will be held at the Seoul Arts Center from March 8, 2014 to May 18, 2014 and tickets are ₩12,000. You can purchase them online, but it’s really just easier to buy them there. So, don’t miss the chance to check it out! 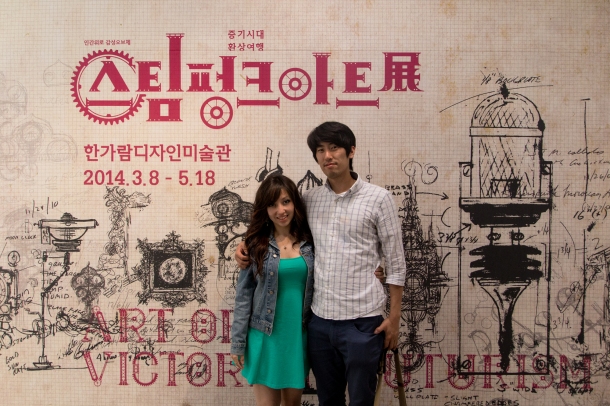 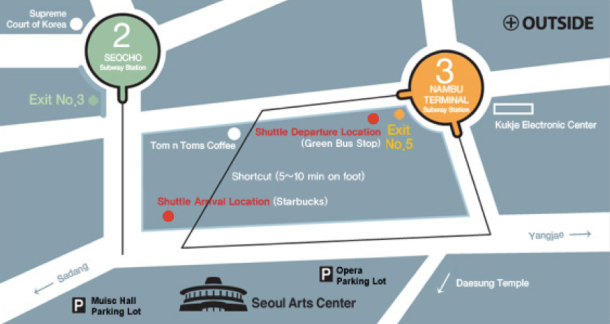