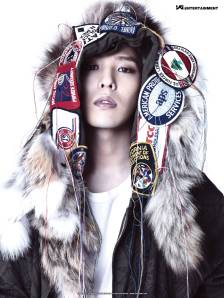 What’s a dragon without a little smoke right? Well, earlier this month k-pop star Kwon Ji Yong better known as G-Dragon and leader of boy band Big Bang, was taken in by authorities in Seoul for smoking marijuana. While I find the news to be a bit old, discussions are still forming about the topic and questions are still being asked. So, this is the 411.

“We indicted G-Dragon on the charges of smoking marijuana,” said a representative for the Seoul police on October 5th.

Apparently G-Dragon had smoked marijuana earlier this year, and had taken a drug test in July. While the initial urine test came back negative, further tests overturned that decision and he confessed that he had been taking the drug at a club during his visit to Japan for a concert.

“I smoked a cigarette that someone had given me at a club,” G-Dragon said. “The smell was somewhat different from that of a regular cigarette so I was slightly suspicious that it was marijuana, but it is true that I smoked it.” 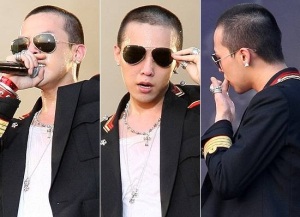 Since the amount of marijuana was found to be very small and he had no prior offences, the star was let off with a warning. While this seems pretty much case closed, it of course is not enough to satisfy the masses. So, netizens started speculating about how he must have shaved his head (what appeared to be very suddenly) in August to avoid further drug testing. To refute this, chief prosecutor of the Seoul Central District Prosecutors’ Office, Kim Hwe Jong stated:

“The truth is that Kwon Ji Yong‘s marijuana examination took place in the middle of June, not in July. We didn’t even know that Kwon Ji Yong shaved his head in August; by then, it was a closed case. Therefore, you can’t say that he shaved his head in order to avoid further testing. Since it is a closed case, there are no plans to hand out a probation or to hold further investigations.” 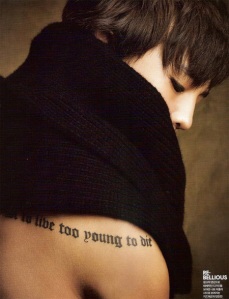 Still unsatisfied, netizens wondered as to whether the artists was judge to lightly seeing how under Korean law, marijuana users can be sentenced to a maximum of five years jail or fined up to 50 million won(~$50,000). To this Kim responded:

“It’s not like that in any way. This type of case is one that would normally not carry a suspension. He is a college student, and it’s his first offense. Also, the investigation’s results only detected a very small amount. The fact that he was a college student weighed most heavily. College students and grown adults are [judged] differently, because it may have a larger impact on their future.”

“Although, there weren’t any other legal penalties for this incident, we believe that the guilt and responsibility that G-Dragon and YG Entertainment has to bear is heavier than any legal penalty.”

Finally netizens questioned the reasons for the late release of this news. To which Kim gave the obvious response that G-Dragon is a public figure and this is not the kind of news you throw about lightly. Due to all the rumors that had been circulating though, the truth had to come out. 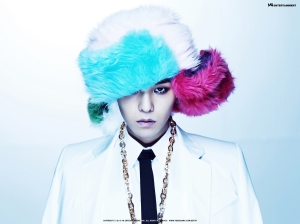 For now, YG entertainment has expressed their embarrassment and released a public apology. In addition, G-Dragon’s comeback scheduled for later this month, as well as GD&TOP’s promotions in Japan have been suspended for the time being. On the brighter side of things, Korean TV stations KBS, SBS and MBC have decided  not to restrict G-Dragon’s appearances since he received a suspended indictment and was not formally charged of the crime.

First DaeSung and now G-Dragon. Things have not been easy lately for the YG Family, or Big Bang for that matter. While Daesung is said to return in December for the YG Family Concert and a new drama titled “What’s UP,” it is unknown as to when GD will return to the game. While news of rap artists being caught ‘hittin’ the ganj’ boarders on the cliché back in the states, it is obviously a much bigger deal in Korea. But with lyrics like “High High, I’m so High,” can you really blame the guy for his curiosity?

I've really been enjoying these last days of autumn. I've particularly enjoyed coffee dates with this little guy.
One of the great things about a multiracial household... 2 Thanksgivings, Chuseok and American Thanksgiving.
The happiest of birthdays to my handsome hubby @songdraws 🎉
I feel like there are BTS cup sleeve events every month here in Seoul (not complaining). This time, the event was to celebrate Jin's new album drop. I'm totally obsessed with "The Astronaut" and this was such a cute way to celebrate! What do you think about Jin's new single?
As the weather begins to get chilly and the leaves start to fall... we know winter is abruptly approaching here in Korea. BUT before it does, there is still time to enjoy the outdoors and find yourself a beautiful cafe to enjoy the view from.
It seems like autumn is coming to a close and I'm just trying to enjoy as much outdoor cafe time and crunchy leaves as possible.
The autumn leaves are quickly fading, but luckily the weather has warmed up enough to sit outside and enjoy the view with a hot cup of coffee.
Korea is full of beautiful places to enjoy the colorful autumn foliage, many of which are right here in Seoul!
Fall is a perfect time to visit Korea. You don't even need to travel outside of Seoul to experience the breathtaking autumn foliage, there's plenty to see right here in the city! So if you plan to be here in November... here's what to expect.